The Real Price of Russian Oil and Gas 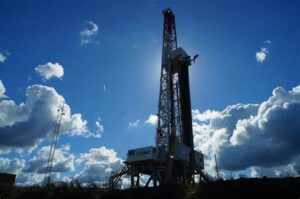 The EU has refused to immediately and fully embargo Russian oil and gas purchases out of fear that it would throw the continent into an industrially-led recession, or would cause a much larger spike in prices. These arguments do not reflect the reality of supply-side elasticity in the oil and gas markets, and ignore the enormous costs that we are paying already as a result of the purchases of oil and gas from Russia. Such costs must be factored in when deciding on the best course of action, and they clearly show that a full and immediate embargo is the cheapest and most viable option for EU security and economic success.

Direct infrastructure damage in Ukraine, inflicted by missile systems such as the Iskander-M, has conservatively reached more than $100B. The estimated cost of the more than 1,000 missiles fired upon Ukraine to achieve such destruction is around $10B ($3B for the missiles themselves, $6-8B in military infrastructure, and losses from their deployment).

Put in simpler terms, there is at least a 1:10 conversion ratio between Russian military spend, and damage caused. For every dollar spent by Russia, Ukraine not only must defend itself to the best of its abilities to limit the damage, but will also need to rebuild should it be ultimately successful.

For the sake of simplicity, we will assume that the economics of shelling and missile attacks dominate the Russian military response, since it has been the main tool used to date. NB: this is a much smaller assessment of specifically infrastructure damage from missiles, rather than the $600B+ damage quoted by the Ukrainian government, which includes lost economic productivity and other items).

The cost of aid to Ukraine by the EU has so far topped EUR2B, with civilian contributions hovering around the EUR500M mark (estimate based on receipts of major charities). The cost of hosting and caring for refugees in the EU is estimated to be around EUR40B in 2022 (https://www.bruegel.org/2022/04/bold-european-union-action-is-needed-to-support-ukrainian-refugees/). In addition, the EU will certainly contribute to the rebuilding of Ukraine through Marshall Plan style instruments, as well as direct aid, expertise, and trade easements. It is easily conceivable that in 2022 alone the cost to the EU of war in Ukraine will be more than EUR50B, and likely even more in 2023.

In the past 2 months, EU countries have paid more than EUR50B for Russian energy. At the Russian government’s current military spending rate, this means the EU has contributed ~EUR6B to Russia’s war efforts (Russia’s military spending stands at 18-20% of the federal budget, and break-even energy prices stand at ~$40 per barrel for oil (Russian MinFin). One can anticipate that this will cause a minimum of EUR60B of additional damage to Ukraine (likely far more as military spending has been considerably ramped up since the war began). This rate of spending is equivalent to the EU backstopping Russia’s state budget for the year.

The EU is worried about stopping oil, gas, and coal imports due to issues of supply (for perspective: the EU’s total LNG reliance from Russia is 3 tankers per week, 33M gallons of LNG each, SOURCE: ENTSO-G, https://www.bruegel.org/publications/datasets/european-natural-gas-imports/), and issues of price.

If the EU were to switch its source of energy entirely away from Russia, it would inevitably constrain remaining global supply and further push up prices. As Russian oil and gas represents ~12% of global exports, the cost of moving away from Russian supplies would ultimately be somewhere in the 15-20% range, allowing for some near-term disruptions due to shifting supply chains.

So, does it make purely economic sense for the EU to immediately stop buying Russian energy?

To compare two scenarios (immediate stop, vs. status quo), the current actual cost of buying Russian energy implicitly needs to account for the future spend required to protect and rebuild Ukraine from the corresponding increase in Russian military cash. We estimate that the real cost of oil and gas to the EU is 35-40% higher than the spot price, since it requires separate spending by the EU to mitigate its disastrous effects in Ukraine. This assumes that the EU will not provide enough aid to actually offset the damage caused by its energy expenditures, but contribute at the same rate as it has in the first months of the war.

There are additional reasons to move away from Russian energy. Even if oil and gas from elsewhere were more expensive in real terms, it would make much more sense to invest that difference in EU and EU-friendly countries’ economies rather than Russia’s economy. This would create jobs in the EU, boost economic output, and have positive spill-over effects, compared to sending money to pay for a war against ones own interests.

So, in summary, it is cheaper to not buy Russian oil, and the cheaper price will have tangible economic benefits for the EU zone and its allies. We will reduce the war’s lifespan, and reduce the amount of aid required to sustain and rebuild Ukraine. We will save people’s lives. We just need to open our eyes to the actual cost of continuing to buy Russian energy products.

Our Fundraisers for Ukraine Relief

Donate for our humanitarian aid platform

We are building LifeForce, a peer-to-peer humanitarian aid platform to provide immediate support & resources to those in need.
Donate

We are coordinating an initiative to help ship life-saving medical supplies to the front lines in Ukraine.
Donate

The goal of this fund is to fill as many gaps in humanitarian aid as possible. Starting with shoes!
Donate

Manage Cookie Consent
To provide the best experiences, we use technologies like cookies to store and/or access device information. Consenting to these technologies will allow us to process data such as browsing behavior or unique IDs on this site. Not consenting or withdrawing consent, may adversely affect certain features and functions.
Manage options Manage services Manage vendors Read more about these purposes
View preferences
{title} {title} {title}